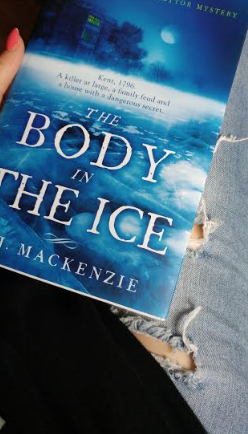 On Christmas Day in 1796, a frozen corpse is found frozen into the ice of the horse pond at New Hall. With no murder weapon, no motive and the victim’s identity unknown, Reverand Hardcastle, his trusted friend (Amelia Chaytor) and a new captain (Edward Austen) are summoned to the scene to investigate.   It is only then that they realize, the secrets of New Hall are more dangerous than they initially appeared.

I don’t often dabble into historical fiction, but every so often, I make an exception! The Body in the Ice by A.J Mackenzie (a pseudonym for a husband and wife Anglo-Canadian writing team) had all the components of a novel I would read to escape my everyday life. Unique characters, a mysterious plot and cheeky humour, made this one a slow and easy read.