I Found You by Lisa Jewell was one of the most originally written novels I have read this year; a slow burning mystery and then a fast race to the finish, Jewell had me captivated with her complex characters and her smart prose.

This was one of my most anticipated April reads. I have countless novels by this author on my TBR shelf, but, for whatever reason, they always end up in my bag log.   So, needless to say, I was pleased as punch when #cjsreads made this one of our picks and forced me to move this one to the top!

The novel surrounds three seemingly disconnected storylines. One following a man with amnesia who stumbles upon a family in a beach house; the woman of the house feels bad and takes him in as a houseguest. The second story follows a newlywed who is devastated when her husband goes missing. The third is set in 1993 and follows the relationship between two siblings and their childhood friend.   Not knowing if these stories would begin to intersect, I hungrily devoured each page.

This one was not hard to get through in a single afternoon.  As mentioned, Jewell’s prose is completely captivating. This will not be a roller-coaster ride thriller, instead, this one is a slow burn of a story and, as the story unravels and secrets begin to be stated, the pace quickens to an unbelievable finish!

Overall, if you want a thriller that will keep you guessing without causing you to race through your reading, this one will be your winner! Slow and steady wins the race and Jewell proves that with I Found You.

Thanks to Simon and Schuster for the copy of this novel; it was my pleasure to provide an honest review.

Want to see what Jessica and Chandra thought of this one?  Keep reading to find out! 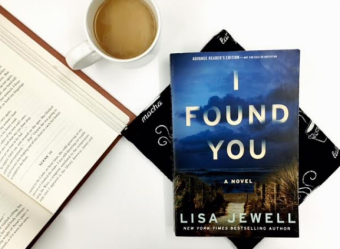 A single mother, known for making bad decisions, takes in an amnesiac man lost on the beach. A young, new bride looks for her husband of three weeks, desperate when he doesn’t come home one night. Comes to find out, he never truly existed. Flashback to 1993, two teenagers get caught up in the life of a young man who takes a shine to the innocent 15-year-old girl. The shine becomes dulled with his obsession of her.

How do all of these people intertwine? Secrets buried deep within for twenty years, comes back with one fateful day that triggers a memory – causing a domino effect. Lisa Jewell is brilliant. Intertwining these characters and seamlessly bringing them together at the end. Fairly paced, she brings in each character’s desperate need for love and how this desperation affects their lives and the ones around them. While some parts may not have seemed entirely plausible, it did not detract from the ominous tone.. that slowly builds to the last two parts of the book, which were the best for me. An intriguing plot, alternating POVs with occasional flashbacks and a need-to-know mystery of who this man is will keep you turning the pages.

I give this 4.5/5 stars. This was my first book by Lisa Jewell, and I was not disappointed. She does an incredible job of weaving a story and having a character driven novel. Another thriller where we follow multiple perspectives and story lines. I will always love this method of story telling because you get questions answered throughout the book and the “oh! that’s why that happened??” moments.   We follow Alice and her children – just a normal day like any other when she stumbles upon a man that is wandering around the beach in a storm. She brings him a jacket and discovers that he has no idea who he is or how he got there. So Alice takes him into her home to help him try to remember who he is.   We also follow Graham (Gray) and his family on their vacation. He and his sister Kirsty have always been close, but when a friendly young stranger shows interest in her, Gray begins to worry. Who is this Mark? Why was he so willing to bring strangers to his aunt’s house? The third story line we follow is that of Lily. Freshly married and moved away from her home town (in Kiev, Ukraine) her husband Carl goes missing. Alone in a new country, Lily is trying to trace his steps and see where he could have gone. When making an official statement with the police, she finds out his passport is fake. Who is she really married to? I highly recommend this book. It was a great thriller and Jewell did a fantastic job creating a story and weaving together so many characters. My favourite would have to be how real the characters became – you felt for them and it was easy to relate to their struggles. So many questions throughout the book and it was a great journey to learn the answers.