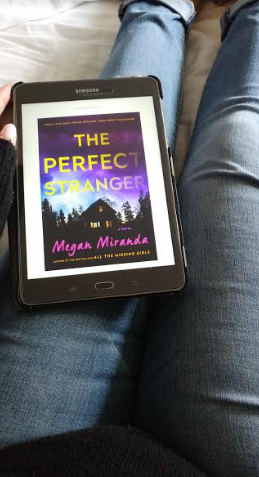 Last year, I read All the Missing Girls by Megan Miranda and couldn’t get into it; I felt confused and mixed up throughout the plot and it didn’t allow me to really get into the story. When #cjsreads decided to take on Megan Miranda’s newest novel, The Perfect Stranger for one of our April reads, I wanted this one to feel different; unfortunately, I consistently struggled with this one as well!

The novel opens with a teacher, Leah, realizing her roommate (and old friend), Emmy, has gone missing. Simultaneously, a woman winds up brutally beaten by their home and police become involved. Leah finds herself tied to the woman by the lake, her missing roommate and soon becomes a target of police questioning.  Leah must try and find out the truth about Emmy while battling her own personal demons.

Similar to the last novel I read by Miranda, I felt like way too much was going on. There is the beating by the lake, the missing roommate, a dark past and a romantic relationship with a police officer.  I felt as if maybe the author had focused on one of these things, it would have made the plot easier to follow. Instead, I found that all of these things were fighting for the limelight and everything felt jumbled.

I also struggled with the pace of this one; it read very slowly. I prefer a faster paced read and this one seemed to steadily climb and then settle.  I didn’t find there was a real climax to the story.  I couldn’t connect with the characters.

This one was not for me.

However, Jessica and Chandra felt different than I did about this one!  Keep reading to see what they thought! 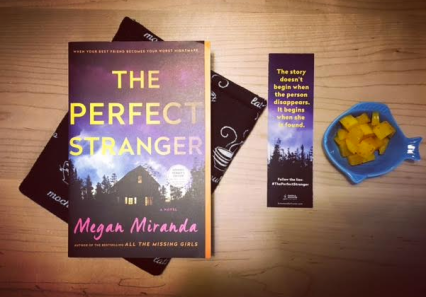 4 stars
Leah Stevens leaves Boston to live with Emma in Pennsylvania. She is a teacher who finds a woman who resembles her has been found dead by the lake near her home. At the same time, she can’t seem to get in touch with her roommate, Emmy. As the death of the woman found and the correlation with the disappearance of Emma beings to correlate, Leah needs to determine if she will cooperate with the police or keep her mouth shut so her own sordid path doesn’t catch up with her. How much can she keep hidden before it messes with her sanity? While the investigation continues she begins to wonder if Emma actually exists or if she’s just a figment of her imagination.

A wonderfully unreliable narrator of a novel. Shown through Leah’s world only, we can only wonder if she’s completely out of sorts or if what she believes to be true is actually what is happening. I wondered a multitude of times if she was just completely insane or if someone was just screwing with her over and over again. This is what kept me turning page after page after page. While atmospherically it was fantastic, I was a little underwhelmed with the ending. There were so many avenues it could have gone in that I was anxious to see where it would end. This is definitely a good sign of the writing by the author. What.Is.Going.ON?! A book I would definitely recommend. I just wanted a tiny bit more from the characters that led up to the ending. Get in. Get your Miranda rights. 😉 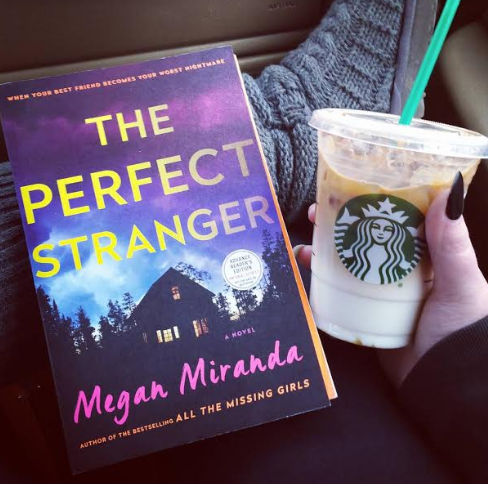 I give this book 5/5 stars! I loved it. While I enjoyed All the Missing Girls, I liked this one a lot more! Megan Miranda delivers a great psychological thriller that kept me looking over my shoulder. She did a great job building the characters and the mystery around Emmy and all of the events happening.

We follow Leah and Emmy. Two roommates that leave Boston to have a clean start in rural Pennsylvania. Leah because of a failed career and restraining order, and Emmy to get out of a bad relationship. When a woman, who looks almost exactly like Leah, is murdered close to their home, there are a lot of questions that come up. Is it thecoworker that was stalking Leah? Then shortly after, Emmy goes missing. So Leah is on a mission to find her roommate. During the investigation, she learns that everything she knew about her roommate was false and made up – from her job to her name. Investigators can’t help but wonder, did Emmy Grey ever even exist?

The setting for the book really helped me get that paranoid feeling. They live in a secluded area, in the middle of the woods. I live on 36 acres of woods. So that really helped grow the suspense and paranoia. Is someone watching her? The characters were well developed and Miranda did a great job with the mystery around Emmy. I loved the ending as well! It was a quick read and very enjoyable. It wasn’t heavy on the police procedure either; just some of the investigation was included, but it focused more on Leah.

I definitely recommend this book to those who loved All the Missing Girls! Or if you love suspense and psychological thrillers.

Thanks to the publisher, the author and Netgalley for copies of this novel; it was our pleasure to provide an honest review.