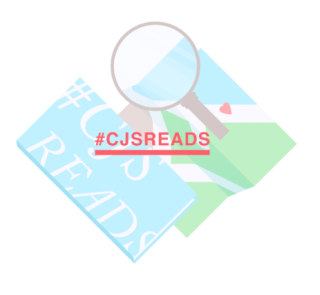 As we are starting to wrap up our March reads for #cjsreads, I can’t believe how fast this month flew by!  For one of our last choices, we read a police procedural novel by T.J Brearton called Dead Gone.

Keep reading for a synopsis of the book and to find out what we all thought of this book!

A woman’s body is found floating in a sultry Florida mangrove. She has no ID and there is no indication of cause of death. Who is she? Why was she murdered?
Rookie detective Tom Lange couldn’t have got a more difficult first case. The only thing he’s got to go on is the woman’s butterfly tattoo. His boss, Lauren Blythe, piles the pressure on and the medical examiner won’t tell him what he needs to know.
Meanwhile Tom’s neighbour Alicia has an abusive boyfriend who Tom clashes with in a way that will have far-reaching consequences.
The body leads Tom on a trail of seedy clubs, narcotics, and danger which is close to home. In a tumultuous ending with a massive twist, Tom’s world is turned upside down.
You’ll be gripped from start to heart-stopping finish in this untputdownable detective mystery from T.J. Brearton. If you like Jeffery Deaver, Linwood Barclay, Lisa Unger, Gillian Flynn, Rachel Abbott, or Mel Sherratt, you will enjoy this compelling book.

Tom Lange’s first case involves a dead woman found floating. This is a chance to prove himself. However, not only does he seem to clash with those he needs to work with, his personal life leaves him nothing simpler to handle either…. his older brother, Nick, has addiction issues and his neighbor, Alicia, is being abused by her boyfriend and seeking Tom’s help. (I mean, can’t a brother catch a break?!)

If you like police procedurals then you will LOVE this book as it is, in fact, almost ALL about it. This is where it’s just a mismatch for book and reader. Don’t get me wrong, I like these types of books but I like them more when we see more action (and sometimes with the view of the criminal, though this isn’t always necessary). I spent more time wanting to know Alicia’s storyline than the actual murder case. What saved the book for me was the last 15%, when the action came to play and a twist happened that I actually didn’t see coming.

I give this 3.5/5 stars. While I enjoyed Dead Gone, it took a long time for me to get into it. The description definitely had me interested and intrigued, but it felt like it was missing something.

Tom Lange is starting his first day on the force in Florida. He gets the call in the morning that his first day is a heavy one. They found a body in the Everglades. So his first assignment is finding out the identity of the woman and to solve her homicide. Which is proving to be more difficult than he anticipated. With his boss breathing down his neck, the medical examiner not cooperating with him, and then his neighbor’s abusive boyfriend becoming a growing issue at home.

On his journey, he comes across sketchy nightclubs, narcotics, and other dangers that have an affect on his personal life. Will he be able to find the identity of the woman and solve her murder as a rookie?

I will say that the ending did help boost my rating! It was a good twist at the end. However, the beginning dragged. If you aren’t a huge fan of police procedurals then this probably isn’t the book for you. I’m alright with some, but this is heavily present throughout the book. The characters were well-developed and I enjoyed the writing style, but there was just a little too much of the procedural and not enough action.

Dead Gone by T.J Brearton follows Tom Lange as he enters into the police force. The first day on the job, he gets the proverbial “jackpot”, a dead body floating in the water.   As he struggles to fit into the police force, fall in line with his superiors and find a way to show all that he learned at the academy, Lange ends up in a twisted web of deceit, seedy neighbourhoods and soon, his own world is turned upside down.

This book is pure police procedural. From the first moments of the novel, we are thrown right into the investigation.   The novel is brimming with all aspects of the police investigation from the forensics to the co-operation between different jurisdictions.   However, we are able to gain some insight into the lead character’s personality and I did enjoy his cocky nature.

I did find that this one was easily consumed. I was able to read it lazily over the course of a Sunday morning without much difficulty.

Overall, if you are a fan of the classic police procedural, then you’ll love this one. However, if you want something that is more psychological based or deeply character driven, you will not find what you are looking for within these pages! Overall, I gave it a 3/5 stars!

Thanks to the author who gave us digital copies of these novels; it was our pleasure to provide an honest review.