Keep reading below for a synopsis of the book and our thoughts.

For readers of David Baldacci and Brad Meltzer comes a timely political thriller from the bestselling author of Losing Isaiah.
In this twisting, ferocious novel of suspense, the presidential race has a number of men all clawing to get to the top. Each man has a locked closet of secrets. And one man holds every key.
Julian Mellow has spent his life amassing a fortune out of low-risk / high-reward investments. But the one time in his life he got in over his head, he left another man holding the bag, and made an enemy for life, one who has nothing to lose. Now, Mellow has an even greater ambition to select the next President of the United States and to make that man do his bidding, in business and beyond.
It all ties to an African nation where his son died years before, where a brutal dictator still rules supreme, and where a resistance movement lurks in the alleys, waiting for the right time to strike. Margolis spans the globe to weave together a brilliant story of politics at its most venal, where murder is a part of the political process, where anyone s life is up for sale, and where one man that bad penny of an enemy could bring the whole kingdom toppling.
As the new President is inaugurated, Seth Margolis has penned a perfect thriller for the voting public, one that asks who really puts the next person in the White House and at what cost?”

Presidents’ Day by Seth Margolis is a political thriller following a group of men who are clawing their way to the top in the presidential race.  Each man has a locked closet of secrets and one man, Julian Mellow, has the key.  As Julian plays puppet-master in the election, all of the men become his political pawns in his own game of revenge.    If Scandal and House of Cards had a literary baby, it would be Presidents’ Day.

What I Struggled With:

No rating as I DNF. A well-written political thriller, we find Julian Moore using his money and influence to run the political gambit by using a pawn in his game in the race for President. His past catches up with him, as a person he left to take the blame for a huge mistake, comes back to haunt him. Unfortunately, it just didn’t hit home for me. It could just be bad timing with the political stuff going on in the world that politics is the last thing I want to be surrounding my brain with. Especially in the manipulation of the candidates and the people’s perceptions in voting for them. However, if you like a good political thriller and politics are your bag, then I think you would highly enjoy this book. 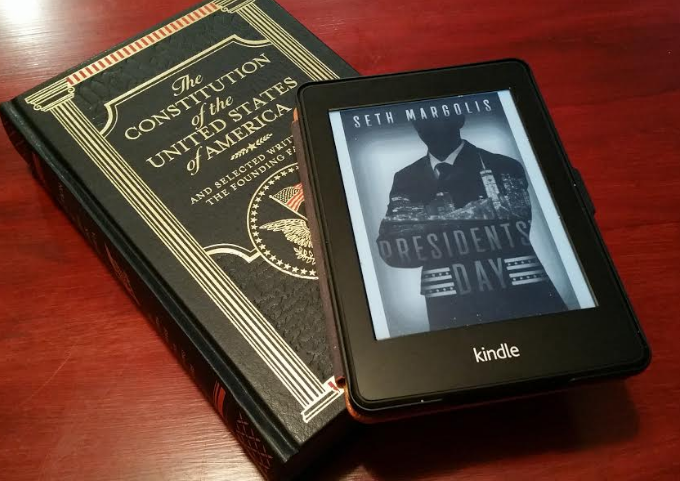 I give this 4/5 stars. If you are a fan of political thrillers, then this is the book for you! I think my love for this book stems from what I majored in college (Political Science and International Relations). Fans of House of Cards will love this. In the current Presidential race, there are a number of men fighting for the vote. Each candidate has secrets and scandals, and one man holds the key to them all. Julian Mellow has created a life through low risk and high reward investments. He was always careful to never get in over his head, but when he did he created an enemy for life – who is now after him. As the story continues, we learn that Mellow has set his sights on one goal: selecting the next President of the United States. All of this includes ties to a small African nation, ruled by a brutal dictator, that is brewing a resistance. This African nation, Kamalia, is where Mellow’s son died years earlier. This story is told through the perspective of multiple characters, which I’ve always enjoyed. As it fills in the blanks as the story progresses. The timing of this novel couldn’t be any better with the recent election. I will say, I am sad they didn’t wait until later in February to release it (on President’s Day!). Overall, I would recommend this to anyone that enjoys political fiction/thrillers.

HUGE THANK YOU TO TO THE PUBLISHERS, SETH MARGOLIS AND NETGALLEY FOR THESE ADVANCED COPIES IN RETURN FOR OUR HONEST REVIEWS.